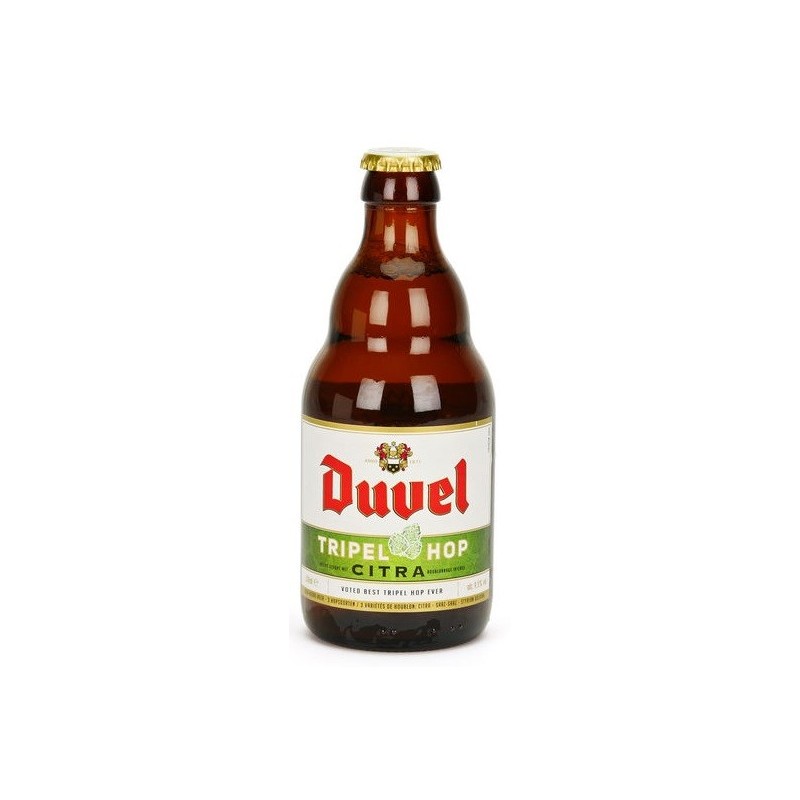 Duvel Tripel Hop Citra beer has a slightly spicier, more peppery character than traditional Duvel. This beer has a high alcohol content but is still very easy to savor thanks to its fresh and acidic citrus flavors, among others.
Traditionally, Duvel beer is made with 2 types of hops, only in the "Tripel Hop" one adds a third, each year different.
The third variety of hops (Citra) brings to the Duvel Tripel Hop 2017 aromas of tropical fruits and grapefruit. By applying the dry hopping technique, in which hop cones are added in a later phase of the brewing process, these hop flavors are much more present in the final beer.
This increased aromatic intensity must also be enhanced by a more sustained sweetness, which translates into a final alcohol percentage of 9.5%.
For 2017, brewers have selected the Citra hops variety that enriches the typical Duvel taste with fresh grapefruit and tropical fruit notes.

Be the first to write your review!

30 other products in the same category: